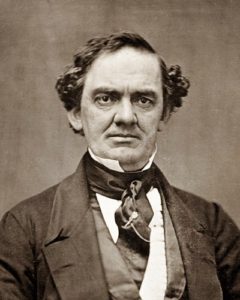 P.T. Barnum was known as a huckster, charlatan, and master salesman who convinced Victorian-era New Yorkers to pay money to see freaks and oddities – a bearded lady, a dwarf, a giant, a fat man, a hairy “dog boy,” and so forth.  From these humble beginnings was born the famous Barnum & Bailey Circus, which just ended its 146-year run this past summer.

In those early days, Barnum would take a 500-lb. man, stuff his oversized shirt with pillows, and advertise him as a 750-lb. man.  Never satisfied with reality, Barnum stretched the truth, charged citizens a fee, and made himself a name through an enormous gift for self-promotion.  Raised from humble beginnings, Barnum married a society girl and spent the rest of his life proving himself worthy of her hand.  This is the story behind first-time Australian director Michael Gracey’s “The Greatest Showman” – an entertaining musical rendering of the early, pre-traveling years of the circus. 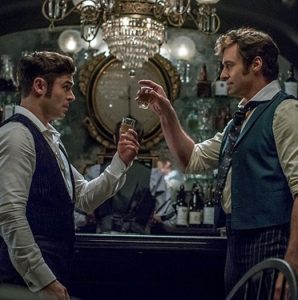 Hugh Jackman (Jean Valjean in “Les Miserables”) again shows off his vocal chops in another winning interpretation as the great Barnum.  Michelle Williams (not known as a singer) is wonderful as Barnum’s wife, and Zac Efron (“High School Musical”) is Barnum’s business partner.

The knock against Barnum has always been that he exploited the so-called “freaks” of the world (and wild animals) for his own wealth.  But “The Greatest Showman” tells the story from a different point of view.  Here, Barnum is praised for giving these people a sense of belonging – a family, if you will.  While the majority of the Benj Pasek and Justin Paul songs are not particularly memorable, the show stopper is “This Is Me,” a declaration of status from the Barnum troupe. 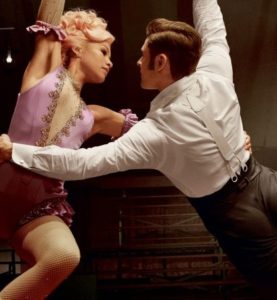 By approaching Barnum’s success from this alternative angle, “The Greatest Showman” works best as a family film.  Adults and children will enjoy the message.  And to add greater heft, there’s an important side story about interracial relationships in the 1800s, as Barnum’s partner falls for an African-American trapeze artist, played by singer Zendaya.  Their duet “Rewrite the Stars” is another winning musical number from Pasek & Paul.

No opera in score 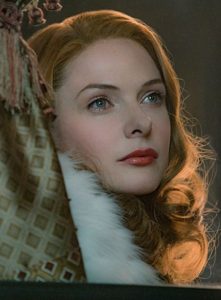 The best voice of the cast comes from Broadway singer Keala Settle, who plays the bearded lady.  Actress Rebecca Ferguson plays opera singer Jenny Lind, whom Barnum promoted on her first American tour.  I realize the music of “The Greatest Showman” is of a Broadway nature, would it have hurt to use an actual opera singer for the Lind role, and to write her an opera number to perform?  She’s billed as one of the world’s greatest sopranos, then proceeds to sing a modern-sounding pop song.

On the whole, “The Greatest Showman” is far more a hit than a miss.  It’s entertaining, fun, and promotes family values – while neglecting the exploitative and animal welfare angle.  As much as Barnum loves his business ventures, he always puts his family first in “The Greatest Showman.”  Yes, this entire exercise (making a hero of a colporteur) may be a re-writing of history, but it hardly matters in the world of musicals – one of greatest of which made a hero of probable fascist and prostitute Eva Peron.