Comedian John Mulaney brings his Kid Gorgeous The Tour to the Murat Theatre at Old National Center next winter, but tickets go on sale Wednesday, June 20th.  Mulaney’s show is scheduled for Sunday January 14, 2018 at 7:00pm (Doors at 6:00pm). 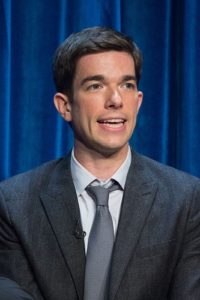 John Mulaney of Chicago is recognized for his work as a writer on Saturday Night Live, where he wrote for six seasons in addition to his occasional appearances on the “Weekend Update” segment and the co-creation the SNL character Stefon, along with Bill Hader. Mulaney has a dense resume of stand-up performances from Conan and Late Night With Jimmy Fallon to his very own stand-up special called New In Town, released by Comedy Central in 2012. He co-stars alongside Nick Kroll in the recently released Netflix Original, Oh, Hello On Broadway, and is currently on tour with his latest standup, Kid Gorgeous.