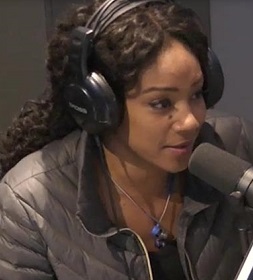 Tiffany Haddish is quickly establishing herself as one of the most sought-after comedic talents in television and film. Haddish was most recently seen starring in Universal’s Girls Trip alongside Jada Pinkett Smith, Queen Latifah, and Regina Hall. Girls Trip had the highest opening for an R-rated comedy in the past two years and VanityFair.com called Haddish “the funniest woman alive.” In August, she debuted her comedy special for Showtime titled Tiffany Haddish: SHE READY! From the Hood to Hollywood and she will next be seen starring alongside Tracy Morgan in the new TBS show, The Last O.G. Haddish currently tours all over the world, bringing her edge, unusual take on life and love, and tons of laughter, introducing herself by announcing “She Ready” and “The Last Black Unicorn.” In the past, Haddish’s comedy has landed her on Jenny McCarthy’s Dirty Sexy Funny comedy tour and she has made appearances on the Tonight Show, Chelsea Lately, and The Aresnio Hall Show.