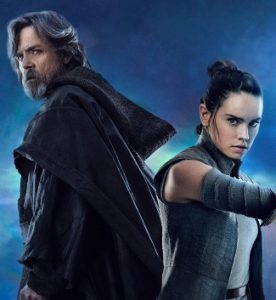 The all-new epic adventure STAR WARS: THE LAST JEDI will open at The IMAX Theater in the Indiana State Museum on Thursday, December 14. The downtown IMAX is providing 75 hours of back-to-back screenings in the unique 15/70mm film to fulfill the anticipated high demand.

Only a dozen IMAX theatres to show

The IMAX Theater in the Indiana State Museum is one of only a dozen theaters chosen globally to offer the full IMAX Experience® and to run on 15/70mm film projection which combines the brightest, clearest images at almost 10 times the resolution of standard projection formats with powerful, laser-aligned digital sound and customized theatre geometry to create the world’s most immersive film experience.

The theater will run STAR WARS: THE LAST JEDI continuously from December 14 at 7 p.m. to December 17 at 11 p.m. The IMAX Theater at the Indiana State Museum has pulled out all the stops to welcome the film, including costumed Star Wars characters from the 501st Legion on opening night, souvenirs in the form of film strips of the ROGUE ONE 15/70mm, and artwork on display from local Star Wars enthusiast and “junk artist” Gabriel Dishaw. 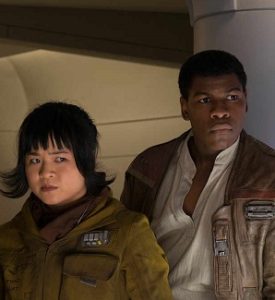 “Indianapolis is going to be the only place in the region to see the continuation of this epic saga on IMAX film. Cinephiles from Chicago, Detroit, Louisville, Columbus, and many more surrounding communities will make the trip here for this once in a lifetime opportunity,” said theater manager Craig Mince. “The unique format, shown on the largest screen in the state, offers fans of the franchise a truly one-of-a-kind experience.”

STAR WARS: THE LAST JEDI picks up where STAR WARS: THE FORCE AWAKENS left off. Moviegoers will rejoin Luke Skywalker as he sheds his solitary existence after meeting Rey, a young woman who shows strong signs of the Force.

To ensure your spot for STAR WARS: THE LAST JEDI, IMAX strongly encourages tickets be purchased in advance at www.imaxindy.com as opening weekend shows are already selling out. Additionally, the Downtown IMAX Theater validates all parking when you park in the underground White River State Park garage.