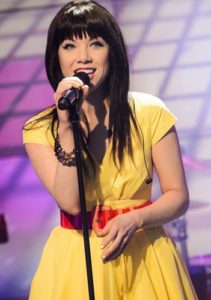 The Indianapolis Symphony Orchestra is excited to announce a one-night-only special concert, as Grammy nominated singer-songwriter Carly Rae Jepsen joins the ISO for an evening of her hits!

The ISO continues its long-standing tradition of providing programming to entertain music lovers of all ages and genres, and Jepsen brings her diverse musical and theatrical background to the historic Hilbert Circle Theatre stage. 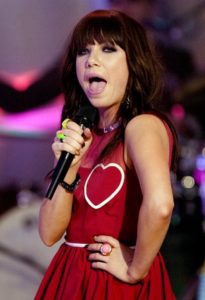 Carly Rae Jepsen grew up listening to artists including Leonard Cohen and Van Morrison, but also had a true passion for musical theater. Jepsen took her love of dance, music, and theater to the Canadian College of Performing Arts, and in 2007, she caught the attention of audiences across Canada on Canadian Idol. Jepsen’s first taste of international success came with the release of her album, Kiss. Her hit single “Call Me Maybe” topped the charts in 18 countries, and Jepsen became the first Canadian artist to receive the Rising Star Award from Billboard.

In 2014, Jepsen made her Broadway debut in the title role of Rodgers & Hammerstein’s Cinderella; in 2016, she took on the role of Frenchy in FOX’s Grease: Live! Her latest single, “Cut to the Feeling,” is featured in the 2017 animated film Leap!, in which Jepsen also appears as a voice actor.

Join the ISO and Carly Rae Jepsen for a concert filled with energetic hits and full orchestral accompaniment by the unparalleled artistry of our musicians, along with intimate sets featuring guitar and string quartet. The concert takes place at 7:30 p.m. on Tuesday, November 21. Tickets are on sale now – purchase yours today online at IndianapolisSymphony.org, or call our Box Office at 317.639.4300.