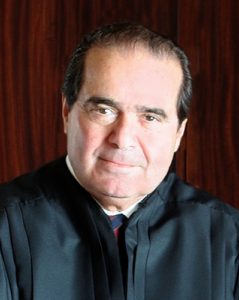 Due to popular demand, the Indiana Repertory Theatre has added the following shows to The Originalist, written by America playwright John Strand and directed by Playwright-in-Residence James Still, has been produced by four regional theatres and will appear in a fifth and new production in its Indiana premiere on the IRT Upperstage from October 17 through November 12.

“When I first heard about this play from a colleague, I knew I wanted to read it “said Janet Allen, IRT’s Executive Artistic Director. “Scalia was such a polarizing American icon, and his presence in a play makes us learn more about the difference between a person and their convictions, and poses us the challenge of listening through our prejudices to the person themselves .”

The Originalist is the story of a dynamic camaraderie between Supreme Court Justice Scalia and his counter-clerk, Cat, who seeks to prove that her liberal convictions do not make her less qualified to clerk for a conservative Justice of the Supreme Court. Throughout the play, the audience is at the center of lively and heated conversations, and experience how two people learn lessons from each other.

Taking on the momentous role of Supreme Court Justice Scalia is actor, Henry Woronicz, who will carefully embrace the polarizing and aggressive, yet humorous and charming persona of the iconic Justice.

“This production is not a bio play or docudrama—although excerpts from his consents and opinions are included—but the play does use the character Scalia to get to the question: What does it cost us to suppress our fear and distrust to take a step toward the middle and address the monsters?” said Strand in a note. 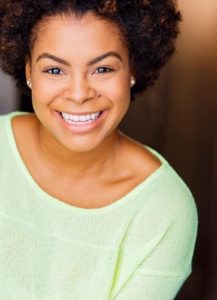 Helping Scalia understand how his stance can affect the opposition is Cat, played by Washington D.C native and IRT newcomer Ayanna Bria Bakari. This young, liberal, female character is not only concerned with her justice’s brand of Originalism; she wants to know what happened to the political middle.

Although Cat’s character as Scalia’s law clerk is fictitious, Justice Scalia often employed the help of counter-clerks to obtain a more robust understanding of divided political topics. Within Cat’s character are many things that Scalia appeared to have advocated against.

“This play is the perfect embodiment of how theatre can ignite conversation in our time. It says: yes there are polarities in our country and this is how we go about them in public discourse,” said Still.  “Audiences don’t have to know anything about Scalia or Originalism to engage with this play.”

To learn more about this production visit http://www.irtlive.com/