The Drewry Simmons Vornehm Series is proud to present rockstar Rick Springfield in concert Sunday, November 5th at 7:00 PM.  The show, “Rick Springfield: Stripped Down – Solo Acoustic,” will take place at the Palladium at the Center for the Performing Arts.  Tickets start at $35.00. 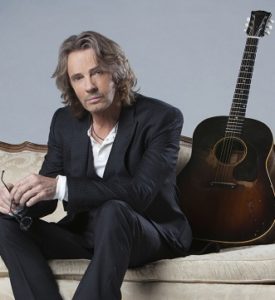 Australian rocker, actor, and teen idol Rick Springfield burst into international stardom in the ’80s with 16 Top 40 hits, including “Jessie’s Girl,” “I’ve Done Everything for You” and “Don’t Talk to Strangers.” More recently, he has enjoyed a career resurgence with his well-received 2016 album Rocket Science, and his roles in the 2015 film Ricki and the Flash, HBO’s True Detective and other TV series. Springfield’s intimate, interactive solo performances explore the stories behind the songs.