Ben Folds at the Murat 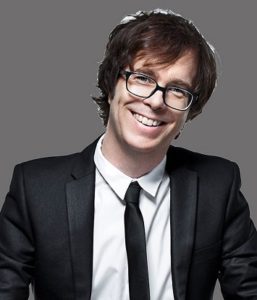 Folds first found international success as the leader of the Ben Folds Five. His subsequent solo career has seen the release of multiple studio albums, a pair documenting his renowned live performances, a remix collection, music for film and TV, an all a capella record, as well as numerous collaborations with a wide spectrum of artists. For five seasons, he was a judge on the popular NBC series The Sing Off, which catapulted the art of a cappella into the national spotlight, and helped launch the careers of numerous a cappella groups. Folds will continue to pound pianos with cross country solo touring reminiscent of his earliest solo tour, where he defied skeptics by delivering a high energy rock performance using the intimacy of just a piano.