Rock icon David Crosby and his band will appear Saturday, Nov. 4 at the Palladium at the Center for the Performing Arts, touting songs from his upcoming album alongside classic tunes that helped shape a generation. 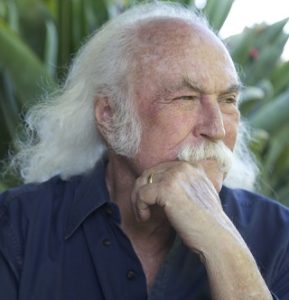 As a founding member of the Byrds and Crosby, Stills, & Nash, Crosby is a two-time Rock & Roll Hall of Fame inductee, and a central figure in the rise of folk-rock, country-rock, and the Southern California singer-songwriter era. Though his songwriting was sometimes overshadowed by the talents of bandmates like Neil Young and Stephen Stills, his own compositions include “Long Time Gone,” “Almost Cut My Hair,” “Déjà Vu” and “Guinnevere,” and he shared credit on such ’60s classics as “Eight Miles High” and “Wooden Ships.”

Best known as a collaborator and gifted harmony singer, the Woodstock veteran is enjoying a burst of productivity as a bandleader and composer. His new album Sky Trails, set for release Sept. 29, is only the sixth solo studio effort in his half-century career, but the third since 2014. 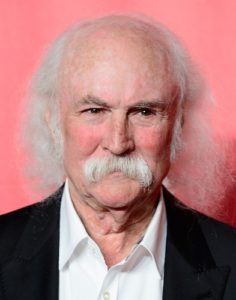 Crosby is hitting the road with a band that includes his son and frequent partner James Raymond, a noted keyboardist in his own right, and guitarist Jeff Pevar, an acclaimed studio and touring musician and producer who has worked with CSN, Ray Charles, James Taylor, Carly Simon, Kenny Loggins, Joe Cocker, Rickie Lee Jones, and many other artists. (The three have recorded and toured together under the name CPR.) Rounding out the lineup are bassist Mai Agan (Jackson Browne, Joan Baez, Seal), drummer Steve DiStanislao (David Gilmour, Joe Walsh, CSN) and keyboardist-vocalist Michelle Willis (Zac Brown Band, Iggy Pop).

Tickets are on sale now for the Sky Trails Tour performance, which begins at 8 p.m. Saturday, Nov. 4. Starting at $36, tickets are available online at http://www.thecenterfortheperformingarts.org/ or by phone at (317) 843-3800.

The performance is part of the Center’s Drewry Simmons Vornehm Series and the 2017-2018 Season sponsored by Allied Solutions.