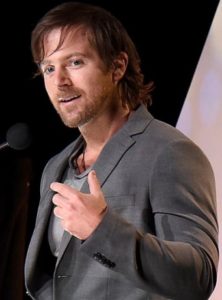 Over the last couple of years, Kip Moore spent most of his time on the road, building one of country music’s most loyal audiences show by show and plotting what would become his sophomore album, Wild Ones. He was a road warrior, living out of a tour bus with his band mates and playing more than 200 shows per year. For a songwriter who’d grown up in a quiet pocket of southern Georgia, performing to crowds across the world — crowds that knew every word to his best-selling debut album, Up All Night — felt like a dream come true. More than a few songs were born on the road, where Moore found himself coming up with new ones during sound checks, inside backstage dressing rooms, and in his bunk at night. The emphasis wasn’t on creating the largest catalog of songs in the shortest time possible; it was on funneling the feeling of a Kip Moore concert into a single album, no matter how much time it took.