The University of Indianapolis Passport Series is pleased to present the Aspen Santa Fe Ballet at the Tarkington Theatre on Friday, November 3rd at 8:00 PM.  Tickets start at $55.00.

About the Aspen Santa Fe Ballet 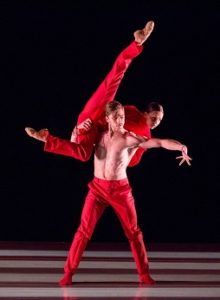 Now celebrating its 20th anniversary, this respected company from the American West is on the road with its blend of classical ballet and contemporary dance. ASFB’s mission places highest priority on commissioning new works and nurturing relationships with emerging choreographers, rounding out its repertoire with pieces from such late-20th-century masters as William Forsythe and Twyla Tharp. The troupe has toured throughout Europe and the Americas, making repeat appearances at the American Dance Festival, Harris Theater for Music and Dance, the Kennedy Center, and other leading venues and festivals.