Daley at the Deluxe

DALEY will be appearing in concert Thursday, November 2nd – 8:00pm at the Deluxe at Old National Centre 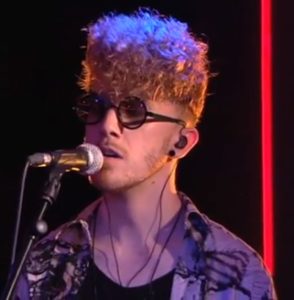 Daley is a singer, songwriter, and recording artist hailing from Manchester, UK. A British boy who grew up to the sounds of Prince, Chaka Khan, Sade, Radiohead, and Oasis – Daley first became prominent after co-writing and featuring on the Gorillaz hit Doncamatic under the wing of the band’s creator Damon Albarn in London. He has since become one of the UK’s most respected soulful exports, recording and touring on both sides of the Atlantic, working with the likes of Pharrell Williams, Miguel, Jessie J, Emeli Sande,  Maxwell, Jill Scott, and Marsha Ambrosius. His debut album Days & Nights gave rise to Top 10 R&B radio single Look Up and was followed by sold-out headline tours around the US and Europe. Daley described his debut album as a “diary of sorts”, showcasing some of his most vulnerable and carefully crafted songs to date.