Award-winning singer-songwriter Michael Bolton will bring a full band and three decades of hits on this return visit to the Palladium on Wednesday, December 27th at 7:30 PM. 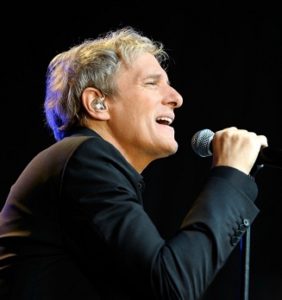 After his early years in hard rock, Bolton found huge success from the ’80s onward as a pop and soul belter. He has since sold more than 65 million records around the world, landing nine No. 1 singles and nine Top 10 studio albums with hits including “How Am I Supposed to Live Without You,” “How Can We Be Lovers,” and his acclaimed interpretations of classics like “To Love Somebody” and “When A Man Loves a Woman.” His honors have included two Grammy® Awards for Best Male Vocal Performance and six American Music Awards.

As a songwriter, Bolton has collaborated with the likes of Bob Dylan, Diane Warren, and Lady Gaga, providing material for artists as diverse as Barbra Streisand, Cher, KISS, Jay Z, and Kanye West while earning over 20 BMI and ASCAP awards.

Bolton’s acting career has included appearances on Glee and Two and a Half Men, and he starred and served as executive producer of Michael Bolton’s Big, Sexy Valentine’s Day Special, which premiered in February on Netflix. He also is known for his social activism and humanitarian work through the Michael Bolton Charities, founded in 1993 to assist women and children affected by domestic violence and other abuse.