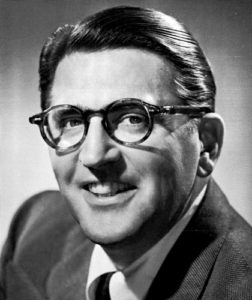 The Great American Songbook Foundation has launched a website showcasing the archives of composer and playwright Meredith Willson, the man behind the Broadway and cinema hits The Music Man and The Unsinkable Molly Brown.

The Meredith Willson Digital Collection (songbook.historyit.com) makes a trove of historic materials accessible worldwide to researchers, musicians and fans of Willson, who also penned such popular songs as “You and I” and “It’s Beginning to Look a Lot Like Christmas.”

The project is the result of a collaboration between the Songbook Foundation and HistoryIT, a digital history company that helps organizations transform their archives into engaging online collections. Working with Foundation staff, HistoryIT team members identified a representative sample of compositions, scrapbooks, correspondence, and photographs from Willson’s career, then digitized and tagged the materials for display on a search-optimized website.

“Meredith Willson’s career spanned a Golden Age of American entertainment, and we are thrilled to make these historic materials widely available online,” said Chris Lewis, executive director of the Foundation. “We are so grateful that The Music Man Foundation not only entrusted us with the collection, but also provided the funding that enabled us to partner with HistoryIT on this groundbreaking digital preservation project.”

The Willson materials are part of the vast Songbook Archives & Library housed at the Songbook Foundation’s headquarters, the Center for the Performing Arts in Carmel, Indiana. Founded by acclaimed performer and preservationist Michael Feinstein to advance the legacy of American popular song, the Foundation oversees collections totaling more than 100,000 items, with highlights that include rare Andrews Sisters memorabilia, orchestrations arranged by Ray Charles, the piano used by composer Richard A. Whiting to write “Hooray for Hollywood,” and Hy Zaret’s original lyrics for “Unchained Melody,” one of the 20th century’s most recorded songs. 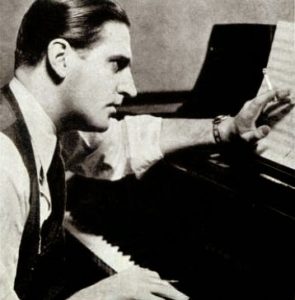 The Meredith Willson Digital Collection offers an intimate look into the life and art of a man who became a multimedia celebrity and success story, Songbook Archivist Lisa Lobdell said. Items include photos and musical scores dating to the 1920s; scripts from radio shows he hosted; character sketches and early drafts for The Music Man; personal scrapbook pages; correspondence with such famous figures as former first lady Mamie Eisenhower, a fellow Iowa native who became a close friend; and Vietnam-era letters exchanged with a nephew who later died in combat.

“One theme that emerges from this collection is that so much of his life was rolled into The Music Man, even though it wasn’t strictly autobiographical,” Lobdell said. “You can see the connections to characters and events in his life, how important his hometown was. He was kind of an everyman, and he never lost touch with that.”

As funding is secured, the Foundation plans to create digital versions of all of Willson’s archives and to produce interactive features such as exhibits and education modules on the digital collection site.

“We are grateful to partner with an organization that is determined to preserve and share its stunning collection of artifacts tied to some of the greatest music ever produced,” said HistoryIT Founder and CEO Kristen Gwinn-Becker, PhD. “Without this commitment to digital stewardship, countless records of our nation’s creative past would be lost.”