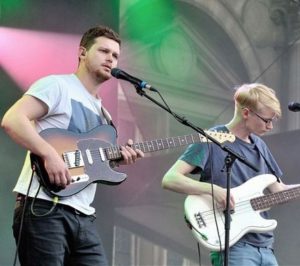 Alternative U.K. band alt-J has forged its own unique sound by combining elements of electronic, folk, and guitar music. After recording and releasing their debut album An Awesome Wave in 2012, their sound was critically lauded, the album winning the Mercury Music Prize, an Ivor Novello “Album Award” for songwriting, three BRIT award nominations and going platinum in the U.K. with over one million albums sold worldwide. Their second album, This Is All Yours, was released in September 2014 to rapturous acclaim, quickly reaching No. 1 on the U.K. chart, No. 4 on the U.S. Billboard chart and subsequent Top-10 positions across Europe The band continues to excel as a genre-defying act, receiving nominations for Best Alternative Album at the 2015 Grammy Awards and Best British Group and Best Album at the 2015 BRIT Awards.