Live Nation is proud to present RON POPE with special guests AGES AND AGES, in concert Sunday, October 22nd at 7:30 PM, in the Deluxe at the Old National Centre.  Tickets are on sale now. 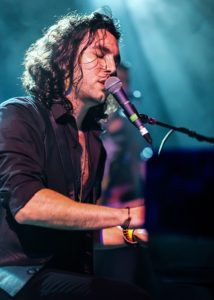 In the ever-evolving landscape of today’s music industry, Nashville-based independent artist Ron Pope has plotted his own course. In 2005 he wrote the internet hit “A Drop in the Ocean” with Zach Berkman. Its success led to Pope’s pursuing a career as a solo artist; his music is now recognized internationally.

Uncompromising and relentless, Pope has evolved into one of the top grossing independent acts in the business while garnering a legion of devoted fans around the world. Pope has sold out shows on three continents and in more than 20 countries, and he has sold over 2 million digital tracks. Pope’s latest studio album Work will be released in August of 2017 on his own Brooklyn Basement Records.

Tickets for the October 22nd show are on sale now.