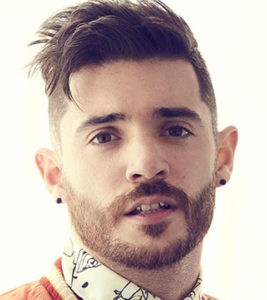 New York-based singer, songwriter, and producer Jon Bellion is the self-made man. Jon’s built a remarkable following by sharing his music directly with listeners, and to date he boasts over 500 million overall worldwide streams. In 2016, Jon released his full-length debut, The Human Condition (Capitol Records/Visionary Music Group), which entered the Billboard 200 at No. 5 and quickly earned a spot on Billboard’s “Best Albums of 2016 (So Far)” list. The first single, “All Time Low,” was certified Platinum, named NPR’s Top 100 Songs of 2016 and skyrocketed into the top 10 on Top 40 radio.