TIMEFLIES will be appearing Saturday October 14th – 8:00pm in the Deluxe at Old National Centre 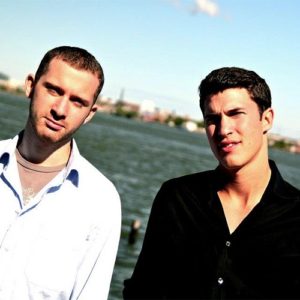 Combining pop songwriting styles with the studio tricks and big sound of EDM, the duo of Rob Resnick (producer) and Cal Shapiro (vocals) is Timeflies. Following the indie breakout of 2011’s The Scotch Tape, the duo’s 2014 first major label offering, After Hours, debuted at No. 8 on the Billboard Top 200, went No. 1 on the iTunes Top Pop Albums chart and yielded the hit “All The Way,” which soared to No. 2 on Billboard’s Top Digital Songs chart and has earned over 35 million Spotify streams. They have also landed high-profile syncs for films like About Last Night, and from the MLB, NBC, Red Bull, “American Idol,” and more. Vanity Fair dubbed them “Musical Masterminds,” and the duo has hit the stage at “Good Morning America” and on “Jimmy Kimmel LIVE!” In 2016, the duo released several hit singles, including “Gravity,” “Once In A While,” and “Something Wrong”