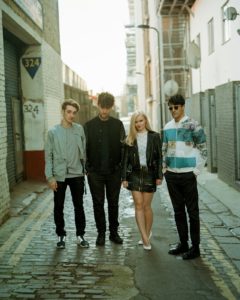 A British genre-crossover group, Clean Bandit combines classical music and pop forms for an airy and dreamy yet driven sound that’s like the chamber music version of house music. It wasn’t until the release of New Eyes‘ fourth single, the Jess Glynne-featuring Rather Be, that Clean Bandit truly entered the international mainstream. The song became the second best-selling track in the U.K. in 2014 and won a Grammy for Best Dance Recording in 2015. Following the success of Rockabye (with Sean Paul), their latest single Symphony, (featuring Zara Larsson), has topped charts in the U.K. and Norway.