ANDY MINEO‘s “FRIENDS & FAMILY TOUR” is coming to the Egyptian Room at the Old National Centre on Thursday October 12th at 7:30pm. 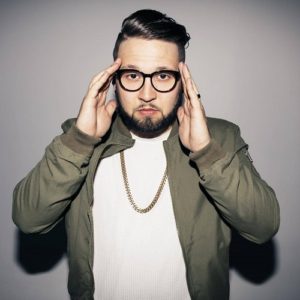 New York native Andy Mineo is a hip-hop recording artist known for his reflective lyricism. His sophomore album, Uncomfortable, became the No. 1 Independent record in the country and delivered a No. 3 and No. 10 position on Billboard’s Hip Hop and Top 200 album charts, respectively. Mineo headlined the Uncomfortable Tour, a 52-city tour that sold out venues across America and in Europe. He has appeared on Sirius XM’s Sway In The Morning, MTV, and his colossal hit “You Can’t Stop Me” won an ESPN Whammy Award for MLB’s Top Walk Up Song. Mineo carries his music beyond, through scripting, producing, and directing many of his own music videos, while also becoming a social media juggernaut, with an audience of over 1.3 million.