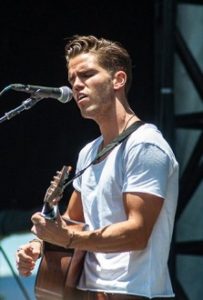 Icelandic band Kaleo hit No. 1 at alternative radio with their song “Way Down We Go” from their debut album, A/B (Elektra/Atlantic), marking their fourth Top 10 hit at three different radio formats. Upon its release in June 2016, A/B reached the Top 10 on iTunes in 19 countries, 12 of which saw the album in the top three, including the U.S., U.K. and Canada. Kaleo was named an “Artist You Need to Know” by Rolling Stone, and a “New Artist of the Week” by Apple Music, and the Associated Press called A/B “a mix of Southern influences, from soft and sweet folk songs to blues rock and jagged ‘70s guitar anthems.”