Boz Scaggs at the Murat

The one and only BOZ SCAGGS at The Murat Theatre at Old National Center on Thursday October 5th – 7:30pm. 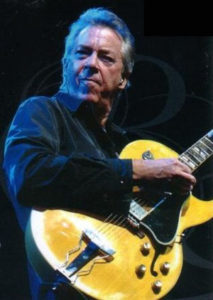 Fans who have followed Boz Scaggs’ remarkable career dating back to the late ‘60s with the Steve Miller Band, his solo triumphs with such classic albums as Silk Degrees (1976) and Middle Man (1980), and the splendid assurance of late-period high points like Some Change (1994) and Dig (2001), fans will instantly recognize Scaggs’ characteristically deft touch as a singer on his most recent album, A Fool to Care (2015). Scaggs believes that this album and its immediate predecessor Memphis, might turn out to be the first two parts of a trilogy, a three-album collaboration with producer Steve Jordan and the band of extraordinarily empathetic musicians they love to work with.