TYGA (with special guests RJ and Honey Cocaine) will be performing Saturday September 30th – 8:00pm in The Egyptian Room at Old National Centre. 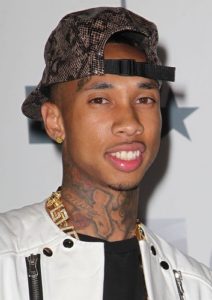 Tyga’s massive success as a pop culture icon has continued to prove its staying power through his chart-topping releases, dedicated fan following of millions across social media and his self-funded multiple businesses. The hip-hop king and latest artist to join the G.O.O.D. Music family continues to make a statement through his music, with his albums Rawest Alive, Fuk Wat They Talkin Bout, and Gold Album: 18th Dynasty, each clocking millions of streams within their first week and solidifying his reputation as a dynamic and multi-faceted artist. Most recently, Tyga released Bitch I’m The Shit 2, the highly-anticipated sequel to his 2014 release which featured the single “Move To LA” in addition to collaborations with Kanye West, Vince Staples, and Chief Keef.