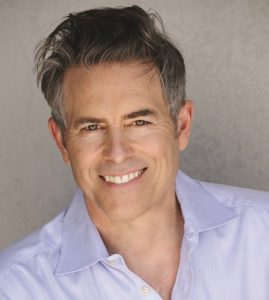 Still is one of the only playwrights in the country to hold such tenure.

“This surprise announcement is wildly humbling and exciting as it celebrates both the past and the future,” said Still.  “I am deeply grateful to the Lechleiters for recognizing the profound relationship between an artist, a theater and its community.”

The fund will ensure a permanent home in Indianapolis for the next generation of playwrights—the Playwright-in-Residence and other living playwrights—to continue storytelling, as well as further any part of the creative process including commissioning, workshopping or producing new work.

“James has a unique curiosity and knowledge of current events. He is a consummate listener, a collector of other people’s stories, and with keen analytical skills and imagination, he seamlessly weaves a roadmap that creates a successful and complete theatrical production.” said Sarah Lechleiter.  “He makes us think, laugh, cry and feel; he enriches our lives. John and I are thrilled to celebrate James and his 20th season as Playwright-in-Residence at the IRT.”

Janet Allen, IRT Executive Artistic Director shares that this gift places the voice of the playwright at the center of the institution, where playwrights were meant to be. “We rejoice at both the longevity of James’ time with us, an unprecedented and exciting commitment in our industry, and look forward to his continued art making,” said Allen.

In addition to the Lechleiter’s gift, The Lacy Foundation and the Margot L. and Robert S. Eccles Arts and Culture Fund have made contributions to celebrate Still’s 20th season.  The celebrations include a series of free readings and events, an opportunity for Still to mentor two rising playwrights and commissioning of a new play from Still, in which the topic and timing are at the discretion of the writer.

“I look forward to continuing the collaborations that have stirred, provoked and inspired conversations with audiences,” said Still, who shares that the gifts ensure that in the future other writers will continue these and other conversations at the IRT. 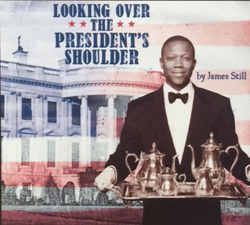 The IRT will produce two of Still’s plays this season. The beloved story of Alonzo Fields in Looking Over the President’s Shoulder returns for a third time, while Appoggiatura, the second production in a trilogy of plays makes its Indiana premiere. Additionally, Still will direct The Originalist on stage Oct. 17.

To learn more about this celebratory season visit irtlive.com/james.