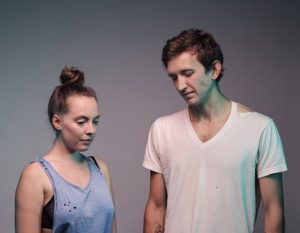 Sylvan Esso is an American indie pop duo from Durham, North Carolina, formed in 2013.  The band consists of singer Amelia Meath and producer Nick Sanborn.  They made their debut with the single Hey Mami and released their eponymous debut album May 12, 2014.  Since then, they have released two further singles, and toured internationally.

Sylvan Esso acknowledges that the world is a tumult of complications by giving fans a way to sing and dance with those troubles, if not to will them away altogether. Before Meath and Sanborn began Sylvan Esso, they felt that their solo endeavors often fell short, as if they were lacking a crucial component. When Meath sings to Sanborn a melody that she’s conjured and captured, he almost instinctively knows how to respond, and when he delivers to her the backbone of a wordless beat, she adds lyrical bait where he’d only seen white space. Sylvan Esso represents the fulfillment of the duo’s fortuitous first encounter by, once again, linking parts that too often come stripped of their counterparts. Here, motion comes with melody, words come with ideas, and above all, pop comes back with candor. 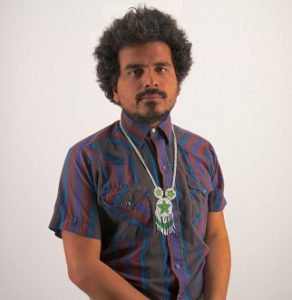 Helado Negro is the music and performance work of Roberto Carlos Lange, based out of Brooklyn, NY.  Helado Negro was the recipient of the Joyce Foundation Award, has been written about in the L.A. Times, and traveled the world with his Tinsel Mammals — a visual extension of the musical compositions he performs in public.  Helado Negro is currently on tour supporting his new album Private Energy.