Comedian TOM SEGURA brings his “No Teeth No Entry Tour” is coming to The Egyptian Room at Old National Centre on Friday, October 13th, at 8:00 PM. 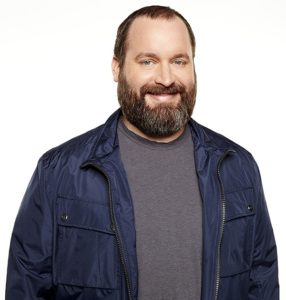 Originally from Cincinnati, Ohio, comedian Tom Segura has performed stand ups on Comedy Central various times and made appearances on Conan, Workaholics, Happy Endings, The Late Late Show, and How to be Grown Up. In 2014, Netflix aired his special Completely Normal followed by Mostly Stories in 2016. Segura performs at comedy festivals all around the world such as Just for Laughs Comedy Festival in Montreal, The Melbourne International Comedy Festival, The Comedy Festival – Las Vegas, The South Beach Comedy Festival, and The Hong Kong Comedy Festival. He recently released his third hour-long stand up album, which sat atop the iTunes and Billboard Comedy Charts for consecutive weeks, and currently hosts a podcast called Your Mom’s House with his wife, comedian Christina Pazsitzky.