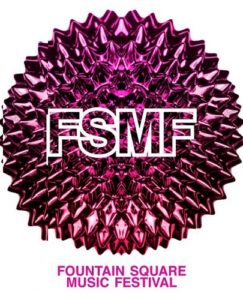 The 30-day countdown is on! With only one month remaining until the 2017 Fountain Square Music Festival comes to Indianapolis, FSMF has announced its complete artist performance schedule, with over 60 total artists to perform on five stages on October 6-7. Headline artists include Phantogram, Dr. Dog, Bishop Briggs, Real Estate, The Cool Kids, Why?, Flint Eastwood, Richard Edwards and more.

FSMF is thrilled to announce that over 30 incredible Indiana-based artists are slated to perform, galvanizing FSMF’s longstanding commitment to showcase the energy of the vibrant music and arts community in Indianapolis.

Two-day passes and single-day tickets are on sale now at fountainsquaremusicfest.org or ticketfly.com. VIP passes for the event have all been sold. Visit the website for the full festival lineup, including these great Indiana-based acts below: 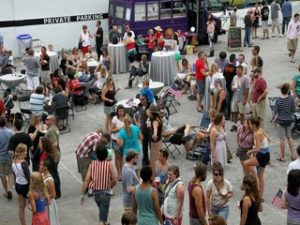 FSMF is an initiative of Southeast Neighborhood Development, a non-profit organization. A portion of the proceeds will go back to benefiting neighborhood organizations.

THE NUCLEUS main stage experience and performances at Square Cat Vinyl are open to all ages. Indoor shows at HI-FI, White Rabbit Cabaret, and Pioneer are 21+.