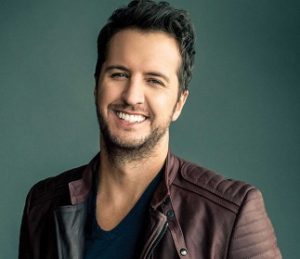 Luke Bryan will be making a stop in Indianapolis at Klipsch Music Center on Friday, September 15 at 7:00 p.m.  Joining him will be special guests Brett Eldredge and Granger Smith.  Tickets go on sale to the public this Friday, June 9 at 10am at www.LiveNation.com.

Country music superstar Luke Bryan is a two-time Academy of Country Music and Country Music Association Entertainer of the Year and has hosted the ACM Awards for five consecutive. Since the debut of his first album in 2007 he has placed 18 singles at No.1, sold over 10 Million albums, sold more than 40 million tracks with three Billion music streams. 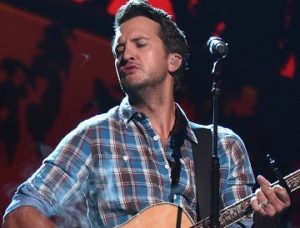 Luke’s concert tours have consistently sold out shows across North America including many NFL Stadiums like the Patriot’s Gillette Stadium where he played back-to-back sold out concerts last summer. Luke has also sold out Chicago’s Soldier Field, Cleveland’s First Energy Stadium, the AT&T Stadium in Dallas, Denver’s Sports Authority Field at Mile High, Ford Field in Detroit, home of the Vikings at US Bank Stadium in Minneapolis, Lincoln Financial Field in Philadelphia, Pittsburgh’s Heinz Field, and Levi Stadium in San Francisco. In the last three years, Luke has performed to nearly five Million fans on tour.

For a one-stop shop for everything Luke Bryan, his community of fans have unparalleled access to his life through Luke Bryan’s official App. Launched in June 2015 in partnership with Disciple Media, the app offers everything from exclusive live streams to updates from the road, competitions to video premieres, exclusive merchandise and more. The App is available now on the Apple App Store and Google Play.