A mainstay in the Indianapolis arts and culture scene for nearly two decades, the annual Indy Jazz Fest returns in 2017 with a 10-day lineup celebrating the legacy of jazz, modern masters, and the discovery of new jazz stars. The sounds and lore of the Hammond B3 organ will be prevalent as part of the IJF Organ Summit. Since its inception in the 1950s, the Hammond B3 continues to be one of the most popular keyboard instruments. The 2017 Indy Jazz Fest will also feature the number “100” with events paying homage to the likes of Ella Fitzgerald and Dizzy Gillespie, jazz innovators that at “100” are still guiding forces in the jazz scene.

Indy Jazz Fest will once again be in venues “All Around Town” September 14-23, featuring performances at the historic Madame Walker Theatre, Indiana Landmarks Center, Christel DeHaan Fine Arts Center, Indianapolis Central Library, Main Street in Speedway, The Jazz Kitchen, and the Schrott Center for the Arts at Butler University.

“If there was ever a year in Indy Jazz Fest history to celebrate the past, present and future of jazz, this is the year,” said Festival Director David Allee. “’Hip Then, Hip Now’ highlights the connection between the forefathers of jazz, today’s jazz innovators and the up-and-comers.”

The 2017 Indy Jazz Fest featured lineup will include the following:

The music of pianist Pavel & Direct Contact weaves through a blend of Caribbean and South American flavors. Take a trip with narrator Dr. Alfredo Lopez and experience the magical realism that, in the words of the late Colombian novelist Gabriel Garcia Marquez, “will shine through Cumbias, Vallenatos, Gailta, and Salsa.”

Jazz from the Heartland | Charlie Ballantine + The Blue Side

Don’t miss a double bill of soulful, rootsy, bluesy bands from the Heartland.

The Blue Side features Tad Robinson, Kevin Anker, and Rob Dixon. Together, they bring that backbeat soul-blues flavor.

Sponsored by Dallara Car Factory, Speedway Chamber of Commerce
Main Street, Speedway, IN
Tickets: FREE
The Town of Speedway is living up to its moniker “Speedway, More Than a Day in May.” This year’s musical offering includes two of Indy’s top groups on a beautiful outdoor stage in front of the Dallara Car Factory. Two of the performers, Gene Markiewicz and Bill Lancton, are both Indianapolis jazz hall-of-famers

The year 2017 marks the 100th anniversary of the founding of Gennett Records. The importance of this early record label has local and global significance. The studio was located in Richmond, Ind., and produced some of the most important early jazz recordings that were instrumental in spreading the music worldwide. Louis Armstrong’s first recordings were in Richmond, Ind., with King Oliver’s Creole Jazz band. Jelly Roll Morton, Bix Beiderbecke, Hoagy Carmichael, The New Orleans Rhythm Kings, and Duke Ellington were among the dozens of other artists who recorded significant portions of their repertoire in the Gennett Studios. 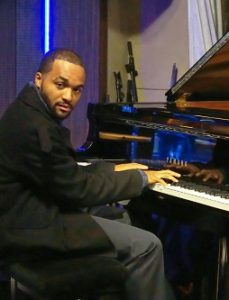 Sullivan Fortner dazzled Indianapolis when he won the 2015 Cole Porter Fellow in Jazz of the American Pianists Association. A native of New Orleans, he has already made a significant foray into the jazz world that belies his young age while touring with Stefon Harris & Blackout, Christian Scott Quintet, and the Roy Hargrove Quintet.

Closing night celebration with music inside and out on the corner of 54th Street and College Avenue. Join us for food, drinks and great music. It’s a party! Adults 21+.

Tickets for the 2017 Indy Jazz Fest are on sale now and available at http://www.indyjazzfest.net/