Live Nation Presents G4SHI in concert at the Deluxe in the Old National Centre.  This show is for 18-year-olds and older, and takes place Saturday August 26th at 8:00 PM. 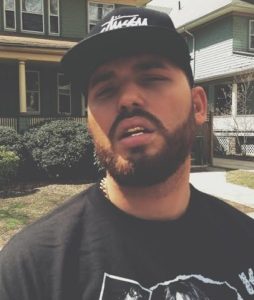 Born in Africa and bred in Brooklyn by parents of Albanian descent, G4SHI (pronounced “Ga-Shee”) is a rare breed of artist that incorporates rapping and singing into a style that not only integrates New York culture, but music elements from around the world. Having just wrapped up his first U.S. tour in 2016, G4SHI performed alongside DJ Snake during his closing set at the Ultra Music Festival in Miami in March 2017. Armed with no label backing, his most recent release, Disrespectful, was streamed over two million times in the two weeks directly following its release.