Rolling Stone has said that the band’s live show “reaches far behind the boundaries of country music, roping in everything from Metallica covers to EDM-inspired light displays.” The band’s 2016 “BLACK OUT THE SUN” US concert tour received widespread acclaim with reviewers calling it “a rollicking…musical odyssey” and ”a dazzling… explosive performance” with “musical brilliance and craft.” 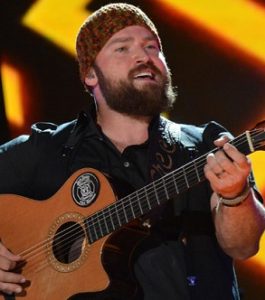 2016 was a record-breaking year for the multi-platinum artists. In addition to breaking attendance records at Camden’s BB&T Pavilion, the band made Fenway Park history with the most tickets sold at a single concert, the most tickets sold over two nights of concerts by the same artist, and the first band to sell-out seven consecutive shows over three years at the ballpark. Other milestones included the band’s debut album ‘The Foundation‘ being certified 5X platinum and a career-spanning exhibition entitled “Homegrown: Zac Brown Band” that explored Zac Brown Band‘s rise to fame at The Country Music Hall of Fame and Museum.

Three-time GRAMMY winners and multi-platinum artists Zac Brown Band have become one of music’s most heralded acts. Their most recent platinum-certified album ‘JEKYLL + HYDE,’ available via Southern Ground Artists/John Varvatos Records/Big Machine Label Group/Republic Records, marks the band’s third consecutive No. 1 debut on the Billboard 200 chart. Together with their four platinum-selling albums, ‘JEKYLL + HYDE,’ ‘Uncaged,’ ‘You Get What You Give,’ and ‘The Foundation,’ and their 2013 project ‘The Grohl Sessions Vol. 1,’ the band has sold over eight million albums to date. The band has earned a historic series of fifteen #1 hit radio singles and became only the second artist to top both the country and active rock formats. “Homegrown“, the band’s first single off of ‘JEKYLL + HYDE,’ earned the title of the “No. 1 most-heard song of 2015” according to Mediabase. 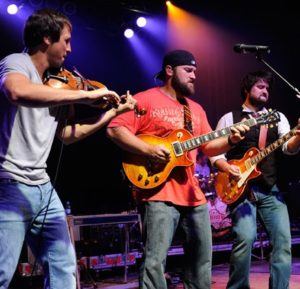 For ticket information visit http://www.ticketmaster.com/
VIP packages available for all headline shows. Packages may include access to a pre-show hospitality lounge, backstage tour and exclusive merchandise.