Tickets are available at https://www.livenation.com/ and on the Live Nation app. 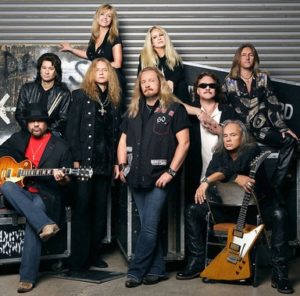 In a tragic tale oft-told, the Skynyrd story could have ended in a Mississippi swamp with the 1977 plane crash that killed three band members, including Ronnie Van Zant and Steve Gaines. Since then, the band has lost vital players in Billy Powell, Ean Evans, Allen Collins, Leon Wilkeson and Hughie Thomasson, yet here they are still hard-rocking nearly 40 years lately. The breed may be nearing extinction but Skynyrd is very much alive and ready to throw down.

With a catalog of over 60 albums and sales beyond 30 million worldwide, Rock & Roll Hall of Famers Lynyrd Skynyrd remain a cultural icon that appeals to multiple generations. But far from resting on their laurels, any illusions that this may be a band at anything less than the height of its powers are quickly lost with the distorted fury of the fiery guitar licks that put to rest with the gritty triumphs that follow.

The band is tuned in to the tough times many Americans are going through, and they sing songs that might well help on that journey, or at least help let off some steam. “Skynyrd really thinks about how people are struggling and what’s goin’ on out here,” says Medlock. “We see it a lot, because we’re a working man and working woman’s band. We’ve got three generations under our belts, we know people have a tough time out there, and we share in that.”

For the passionate, longtime fans of the band, this is Skynyrd at the top of their game, complete with instantly memorable songs, more hooks than a tackle box, and a blistering three-guitar attack at full power. 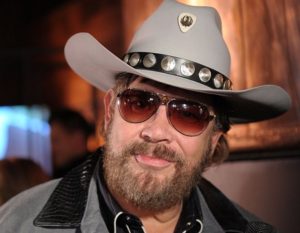 “Stop and think it over,” the big man with the hat and glasses has asked, from a thousand stages, in front of millions of people. “Try to put yourself in my position.”

We can’t know what it was like to wrestle with that legacy, to try to honor all that came before, but not wind up a pale approximation of country’s greatest ghost. Born Randall Hank Williams, but singing as Hank Williams, Jr. before he was 10, the son never had much in the way of a career choice. The choice wasn’t whether he’d sing, but what, how and why. “Other kids could play cowboys and Indians and imagine that they’d grow up to be cowboys,” he wrote in his Living Proof autobiography. “I couldn’t do that. I knew that I would never grow up to be a cowboy or a fireman or the president of the United States. I knew I’d grow up to be a singer. That’s all there ever was, the only option, from the beginning.”