Gov’t Mule will hit the road this summer in support of their upcoming album Revolution Come…Revolution Go, set to be released June 9th on Fantasy Records.  Galactic will open the show at Farm Bureau Insurance Lawn at White River State Park on Wednesday, August 16th. 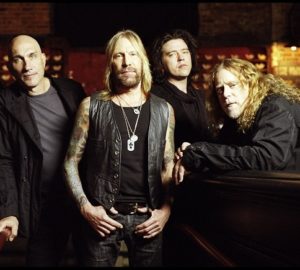 Gov’t Mule is an American southern rock jam band, formed in 1994 as a side project of the Allman Brothers Band by guitarist Warren Haynes and bassist Allen Woody.  The band released its self-titled debut album in 1995, and has since released an additional nine studio albums, plus numerous EPs and live released.  Gov’t Mule has become a staple act at music festivals across North America, with both its members and frequent guests boasting members from other notable bands, adding various funk and blues rock elements to the band’s sound.

“It was very poignant that we went into the studio in Austin, Texas, to begin recording on Election Day,” Grammy Award-winning vocalist and guitar legend Warren Haynes recalls of the November 2016 recording sessions. “Like most people, we really had no idea that the election was going to turn out the way it did. That changed everything – from a lyrical perspective. It’s not a political record, per se, but there are political connotations. There are also love songs, relationship songs, and songs about working together to make this a better planet. It covers a lot of ground, but it definitely starts and ends as a rock ’n’ roll record. It’s all within the realm of what we do, but it explores a lot of territory and, in some cases, territory we’ve never explored before.”