Brad Paisley will be making a stop in Indianapolis at Klipsch Music Center on Friday, August 11th.  Joining him will be special guests Dustin Lynch, Chase Bryant, and Lindsay Ell. 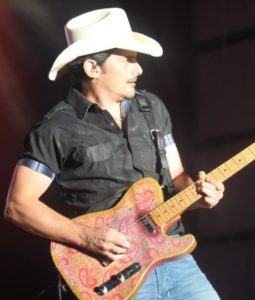 He has been a proud member of the Grand Ole Opry since 2001. Paisley has written or co-written 20 of his 23 #1 singles with the first being his 1999 hit “He Didn’t Have To Be” and his most recent, “Perfect Storm,” from his chart topping 2014 album Moonshine in the Trunk.