With Brantley Gilbert’s Devil Don’t Sleep Tour currently crossing the Rust Belt and heartland, the renegade country star turns to warmer weather – knowing when the cold temperatures burn off, he will be ready. The 2017 tour will make a stop at Klipsch Music Center in Noblesville, Indiana on Saturday, August 5. 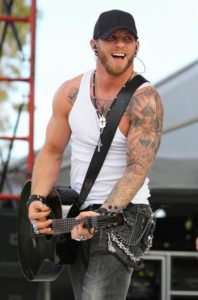 “These shows in the arenas are so loud and so wild,” says the songwriter whose penned six #1s, including the CMA Song of the Year nominee “Dirt Road Anthem,” of the road. “You almost can’t hold that energy in the building, but come summer – when we take it outside – it’s a whole other kind of deal when we get outside with the BG Nation.”

The 26-date summer leg of the Devil Don’t Sleep Tour is a mixture of festivals, fairs and amphitheaters, mixing up the concert experience for the fans. Kicking off June 2 at Tampa’s MIDFLORIDA Credit Union Amphitheater, the next wave of the tour will focus on the Midwest, the Southeast and East Coast.

“There are so many different ways to do this come warm weather,” Gilbert explains. “And I like’em all. Festivals are just a party with a whole lotta music… There’s not much realer – or more like where I come from – than a fair… and those amphitheater shows, well, that’s where the BG Nation comes together to throw it down. You know, it’s why when we take it outside, it’s just good, and we have the party of the summer everywhere we go.”

This year’s show – with new music from his #1 all-genre Top 200 Selling Album The Devil Don’t Sleep – has been striking a chord with his already passionate fanbase. The Reading Eagle wrote of opening night, “far from an outlier; Gilbert stuck his microphone out for audience participation in nearly every song, and they were happy to oblige. This wasn’t music for thinking, it was music for escaping” and touring industry trade Pollstar echoed, “on a brief instrumental honky-tonk interlude that allowed the five musicians backing Gilbert to show off their chops, the music was heavily country. But for much of the the show, it was an amalgam of styles Gilbert grew up listening to, incorporating crunchy guitars, drum machines, even some rapped verses.” 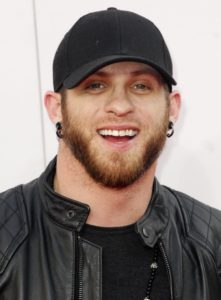 Quietly selling back-to-back platinum with Halfway To Heaven and Just As I Am, Jefferson, Georgia’s Brantley Gilbert is a different kind of heavy metal force reckon with: a songwriter who taps into the gut of the outlier, the roughneck, the downhome, and the downtrodden by rocking his country hard and writing songs torn straight from their lives.  A word-of-mouth favorite, his tours focus on the Rust Belt, the Heartland and the Southeast working class, connecting with those music lovers who don’t really care what you call it, just that you bring it every time.

Last winter’s successful BlackOut arena tour and summer’s Take It Outside tour, climaxing in two sold-out in-advance shows at Colorado’s iconic Red Rocks Amphitheater proved Gilbert a live force to be reckoned with. Devil Don’t Sleep Tour solidifies his reputation as one of America’s hardest-hitting country hybids. As winter leg continues rocking hard, get ready for the summer leg – featuring Tyler Farr and Luke Combs – to be coming where the people work hard and their music is part of how they do it.

TICKETS FOR THE AUGUST 5TH SHOW ARE ON SALE NOW.