Electronic music pioneer Howard Jones has been a constant presence on the international touring scene for the past three decades, playing both intimate solo shows and dates with his full high-tech band set-up.  His most recent offering is ENGAGE, an entirely fan-funded visually-stunning multi-media project.  It is Howard Jones’ most ambitious work to date, incorporating specially-commissioned visuals with music and an interactive live show.  ENGAGE is inspired by such diverse musical genres as electronica, contemporary classical and pop, fusing this audio mélange with other visual and literary arts such as ballet, modern dance and philosophy.  ENGAGE was performed in London, Los Angeles and New York and is available now as a DVD/CD package. 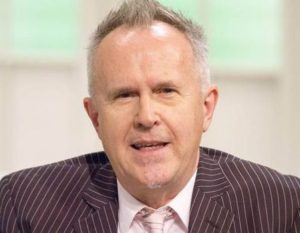 Howard Jones first burst upon the contemporary music scene in 1983, with his very English songwriting and pioneering synthesizers. His first two albums HUMAN’S LIB and DREAM INTO ACTION were worldwide hits.  HUMAN’S LIB reached #1 in 1984 in the UK and featured the hits “New Song,” and “What Is Love?”  In 1985, Jones released the follow-up, DREAM INTO ACTION, which quickly became a Top Ten Platinum album in the United States and featured the smashes: “Things Can Only Get Better,” “Life In One Day,” “No One Is To Blame,” and “Like To Get To Know You Well.”  Howard Jones has sold over 8 million albums worldwide and continues to make new music and tour the world.  Jones recently performed on NBC’s top-rated morning and nighttime shows respectively, Today and The Tonight Show Starring Jimmy Fallon. 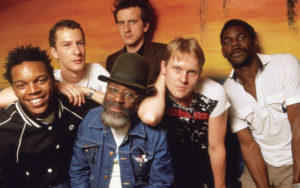 The English Beat are all about inclusion rather than exclusion and this shows in their personnel and musical influences.  Formed in 1979, the band crossed over fluidly between soul, reggae, pop and punk, and from these disparate pieces they created an infectious dance rhythm.  Along with their contemporaries The Specials, The Selecter and Madness, the band became an overnight sensation and one of the most popular and influential bands of the British Two Tone Ska movement.

By Christmas of 1979, the English Beat were riding high with their first single, a cover of Smokey Robinson’s “Tears Of A Clown”. Over the next five years, they toured relentless with such mega-stars as David Bowie, The Police, The Clash and The Talking Heads and released three studio albums containing the smash hits “Mirror In The Bathroom,” “Save It For Later,” “I Confess” and more.  The English Beat is Dave Wakeling (lead vocalist/guitarist), Matt Morrish (sax/vocals), Kevin Lum (keys/vocals), King Schascha (toaster), Brian “Nucci” Cantrell (drums), Michael “Railo” Railton (keys/vocals) and Larry Young (bass/vocals). 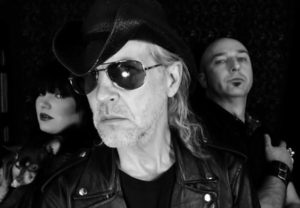 Men Without Hats have been creating iconic and irresistible pop music for over three decades and have soared back with the release of their latest album, Love in the Age of War.  Led by charismatic front man, lead singer and songwriter Ivan Doroschuk, MWH has surged back starting with a breakout show at 2011’s SXSW and followed by extensive, well-received touring across North America over the last few years.  Along with keyboard players Lou Dawson, Rachel Ashmore, and guitarist James Love, Doroschuk and the Hats have been delivering high- energy shows packed with all of the band’s absurdly catchy lyrics as well as great tracks from the new release, a disc that picks up where the hit making band left off.  It’s no surprise that this band has topped charts across the planet and even picked up a 1983 Grammy nomination for Best group (Culture Club won it).  The Hats song catalogue always sounds fresh and relevant and Hats hits have been featured on The Simpsons, Family Guy and Glee. Their hit single “Pop Goes the World” now lights up TV screens in a TIDE ad. 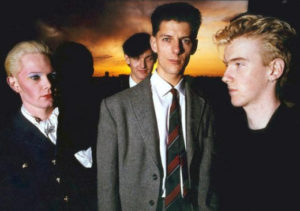 Modern English band members Robbie Grey (vocals), Mick Conroy (bass), Gary McDowell (guitar) and Steven Walker (keyboards) first reunited in 2010, to tour the US, UK and Paris, before accepting an invitation to re-record “I Melt With You” for Mark Pellington’s film of the same name. The band’s most famous track was a US Top 50 single in 1984 after being featured in the rom-com film smash Valley Girl.  The band’s most recent album is TAKE ME TO THE TREES, funded by PledgeMusic and released via Kartel Music Group. 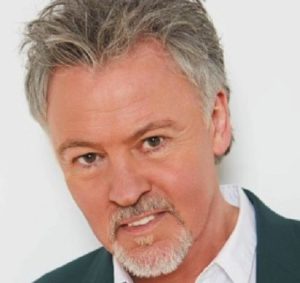 After performing with several groups in his native UK, blue-eyed soul singer Paul Young came into his own with the formidably accomplished solo album, NO PARLEZ, in 1983.  NO PARLEZ contained the #1 hits “Wherever I Lay My Hat” and “Come Back And Stay”.  The release of his second solo album, THE SECRET OF ASSOCIATION, solidified his status as a world star with the success of “Every Time You Go Away”.  Paul Young continues to write, record and play live.  His most recent album is 2016’s GOOD TIMES.  Paul Young will make his return to the stages of the United States for the first time in several decades. 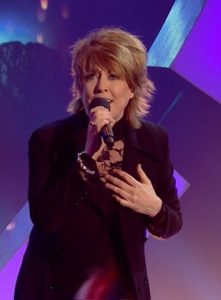 Former lead singer from the Grammy-nominated band, Katrina and The Waves, Katrina now has a career both as a solo artist and with her new band. Katrina and The Waves had their first big break in 1984 when The Bangles covered their song “Going Down To Liverpool.” This drew attention to the group and lead to an international deal with Capitol Records. The first Capitol album, KATRINA AND THE WAVES released in 1985, was a substantial critical and commercial success and “Walking on Sunshine” was a worldwide hit earning top ten spots around the globe. Since then, the song has been broadcasted over 2,500,000 times in the U.S. and was the highest played track on radio in the summer of 2008.

TICKETS TO THE AUG. 2ND SHOW ON SALE NOW!