Jidenna at the Deluxe

JIDENNA brings his Long Live The Chief Tour to the Deluxe at Old National Centre on Wednesday August 2nd – 7:30pm.  Tickets are on sale now. 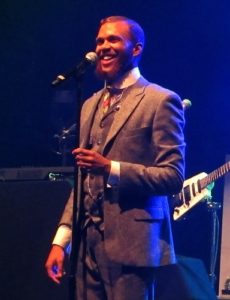 Cutting a path of his own through the landscape of contemporary culture, Jidenna’s rise to acclaim is a story familiar to some – belonging and not belonging, navigating the world by reading between the lines, and learning to harness the power of being comfortable with crossroads. His music effortlessly collides genres and eras, uniting bright EDM and highlife on one song and bouncing trap beats under smooth Nat King Cole vocals on another. On his debut record, The Chief, Jidenna exhibits a relentless sense of exploration of the arbitrary boundaries of rap and R&B, creating an expressive document that is as honest about urgent socio-political issues as it is about turning up. From his Grammy-nominated, double-platinum hit “Classic Man” to hard-hitting tracks like “Long Live the Chief” and the lost love balladry of “Bambi,” Jidenna was named the Soul Train Awards’ Best New Artist in 2015, and has cultivated a diverse fan base across the country.

Tickets are on sale now!