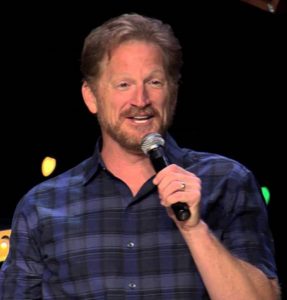 With 300 million video views online and over 100 sold-out concerts every year, comedian Tim Hawkins‘ comedy show has grown into an in-demand performance. The show entertains the entire family, with gut-busting laughs featuring punch lines about the perils of marriage, homeschooling and growing up in the Midwest. Not only is Hawkins funny, but he can sing too – his YouTube videos showcase his guitar chops with hilarious hits like “The Chick-fil-A Song” and “Yoga Pants.”

Hawkins has released five CDs and eight DVDs since 2002. Hawkins began to release his comedy on the Internet, with his videos gaining more than 200 million views on YouTube, GodTube, and Facebook, as of early 2013.  His ninth comedy special Just About Enough was recently released last November

Tickets start at $25.00.  Contact the Old National Theatre box office to order or for additional information.  Or visit https://timhawkins.net/