The Curious Incident of the Dog in the Night-Time

The Curious Incident of the Dog in the Night-Time by Simon Stephens and based on the novel by Mark Haddon will debut one of its first post-Broadway stagings at the Indiana Repertory Theatre (IRT).  The production is slated to run on the OneAmerica Mainstage from September 19 through October 14, following a highly successful Broadway tour that resulted in five Tony Awards including Best Play.

“We are very excited to be one of the first regional theatres to receive the rights to produce Curious Incident,” said Janet Allen, IRT Executive Artistic Director. “With our co-producing partner, Syracuse Stage (in Syracuse, New York), we are creating an exciting production that will give allow Indiana audiences—adults and older children alike—the opportunity to enjoy a spectacular production of this award-winning book.”

In addition to the excitement of being one of the first to produce this new play which the New York Times heralds as “one of the most fully immersive works ever to wallop Broadway,” the IRT is delighted for another kind of first.

Mickey Row, a Seattle-based professional actor will be the first American autistic actor to play the lead role of Christopher Boone, the 15-year-old mathematical genius who attempts to solve a local mystery—the murder of the dog next door.

“After spending time with Mickey, there was no question in my mind that he was the right person for the role,” said Risa Brainin, Director of the Curious Incident.  “He brings a deeply personal understanding of Christopher’s autism as well as significant acting power to the role; I could not be more thrilled with the casting choice.”

Having already attracted national attention from the Huffington Post, BBC and NPR, Rowe understands the significant impact of his role

“Everyone should be able to go to the theatre or turn on their TV and see somebody like them–someone who thinks like them,” said Rowe. “I am excited to be the first American autistic actor to portray Christopher because I have experienced some of the same challenges he has.” 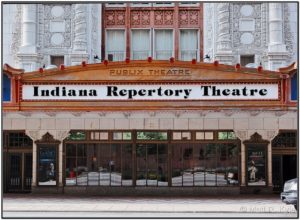 “We are taking every measure to learn and understand how we can make this production fully accessible for our patrons,” said Suzanne Sweeney, IRT Managing Director. “We’re taking cues from leading arts organizations to develop programing with an autistic patron’s experience at the forefront. Bringing this play to our stage is a tremendous opportunity to share how expansive live theatre’s reach can be.”

The creative team of Curious Incident is preparing a production that will powerfully affect all theatregoers. More than nine creative team members including a projections designer, movement coordinator, fight choreographer, and dialect coach, as well as the traditional scenic, lighting, sound, and costume designers will thematically share one boy’s perspective as he uncovers a captivating neighborhood mystery.

Celebrate a season of firsts with the IRT and become a season ticket holder today. Purchase a package today and take advantage of split payments. Single tickets on sale August 8 at http://www.irtlive.com/