Star Wars comes to the ISO

The Indianapolis Symphony Orchestra is excited to take audiences to “a galaxy far, far away” in 2018; the ISO proudly announces an agreement with Disney to bring the Star Wars Film Concert Series to Indiana for the first time! Join us at the historic Hilbert Circle Theatre as the ISO performs John Williams’ iconic soundtracks to Star Wars: A New Hope and Star Wars: The Empire Strikes Back live as the legendary films play on screen. These first two installments of the Star Wars franchise will be featured in the ISO’s 2018-2019 season.

From the Symphony CEO

“We are elated to bring these beloved films to Indiana audiences as they have never experienced them before,” said ISO Chief Executive Officer Gary Ginstling. “The popularity of our Film + Orchestra series is proof that there is nothing like watching your favorite movies with our talented musicians providing the soundtrack, and I am certain Star Wars fans of all ages will enjoy this unique experience.”

ISO is one of first

The ISO is among the first orchestras worldwide to bring this one-of-a-kind concert experience to audiences. The world premiere of Star Wars: A New Hope will be presented by the New York Philharmonic this fall. 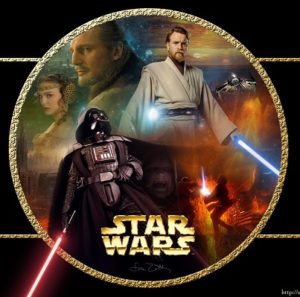 Mark your calendars now – Star Wars: A New Hope comes to the Hilbert Circle Theatre on November 15 – 18 , 2018. Performances of Star Wars: The Empire Strikes Back take place March 14—17, 2019. ISO subscribers and donors (of $500 or more) will have access to an exclusive presale at 10am on October 9; public ticket sales begin at 10am on October 16.

For the latest information on the Star Wars Film Concert, visit https://www.indianapolissymphony.org/ or call the ISO Box Office at 317.639.4300.

The Star Wars Film Concert Series is produced under license by Disney Concerts in association with 20th Century Fox and Warner/Chappell Music.