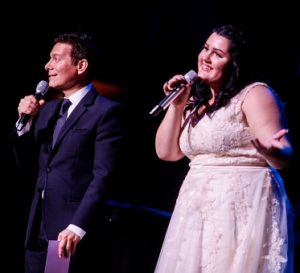 See tomorrow’s stage, screen and TV stars in the making Saturday, July 22, when talented high school-age vocalists from across the nation perform and compete in the annual Songbook Academy® Finals at the Center for the Performing Arts. 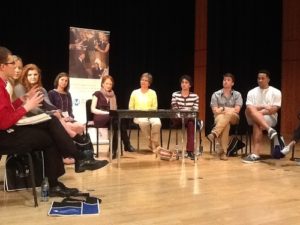 Forty finalists – hailing from New York, California, Indiana and 15 other states – have been selected from among hundreds of applicants to spend a rigorous, life-changing week this summer at the Center for the Performing Arts. From July 15 to 22, they will experience workshops, master classes and mentoring from performing arts professionals and respected university educators, led by five-time Grammy® nominee Michael Feinstein, founder of the Foundation and the Academy. This year’s Academy is sponsored nationally by the Efroymson Family Fund, a fund of Central Indiana Community Foundation.

Tickets for the 7 p.m. July 22 concert are on sale now. Starting at $25, they are available at the Palladium Box Office, by phone at (317) 843-3800 and online at http://www.thecenterfortheperformingarts.org/  The event is sponsored by Current Publishing LLC, Salon 01 in Carmel, and Aquage haircare products. 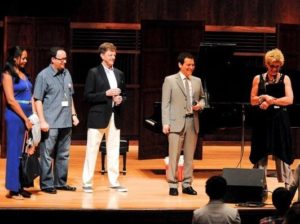 At the closing concert, all 40 participants perform, and the Top 10 compete for awards before a panel of judges and a live audience. Only one is chosen Songbook Youth Ambassador for the coming year, a title that comes with career-boosting opportunities to perform at such venues as Carnegie Hall, the Kennedy Center, and the annual Great American Songbook Hall of Fame gala. Past winners include 2014 Youth Ambassador Maddie Baillio of League City, Texas, who starred as Tracy Turnblad last year in NBC’s Hairspray Live! broadcast. The Songbook Academy Finals concert is part of the Center’s 2017-18 Season sponsored by Allied Solutions.

Other public events during week

Two other events during the week are open to the public free of charge:

The 2017 finalists from Indiana are: