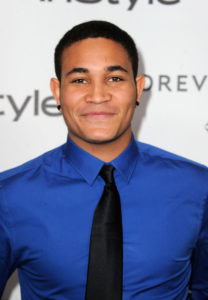 Born in New York City, rapper Bryce Vine moved to Los Angeles with his mother just after his 10th birthday. He ventured into a career of music in 2011 with his audition for The Glee Project, a reality series that served as an audition for Fox’s Glee series, making it to the top 12. He eventually went to Berklee College of Music to pursue his passion, which is where he met his first producer — Nolan Lambroza of The Messengers. Vine has toured college campuses across America, his blend of sing-able radio-friendly pop music, laid back hip-hop, and California brand of positivity very popular with college-aged fans. His most releases include the albums Night Circus (2016) and Lazy Fair (2014), and singles “The Fall” and “Sunflower Seeds.”