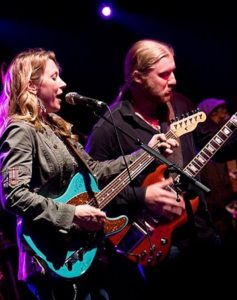 The Tedeschi Trucks Band‘s Wheels of Soul Summer Tour will make a stop in Indianapolis one month from today at the Farm Bureau Insurance Lawn at White River State Park on Wednesday, July 19 at 7:00 p.m. The 12-piece ensemble led by husband and wife Derek Trucks and Susan Tedeschi will be supported by longtime friends and collaborators The Wood Brothers and Hot Tuna. Tickets are on sale now.

About Wheels of Soul Summer Tour

With an incomparable live show that embodies the vision of a large touring family bound by music, the Wheels of Soul summer dates are favorite among fans and critics alike.  The Oakland Press has deemed Wheels of Soul “the best musical hang of the season…a celebration of kindred creative spirits,” while Denver Westword calls TTB’s summer package “a wall of talent on stage.”

Through it all, the annual summer run has become more than just a fan favorite; it has become a highlight for the headliners as well. “It’s been great to develop this tour into an annual event where we get a chance to hit the road and share the stage with fellow musicians we love and respect.  Each year we try to find bands that share our musical vision while bringing their own unique talents to this traveling circus,” says Susan Tedeschi about the summer runs. “We go way back with Derek and Susan.  They are some of our favorite friends and collaborators” says Oliver Wood of this year’s Wheels of Soul tour.  Oliver co-wrote a song on TTB’s Grammy-winning debut album, Revelator, and Derek and Susan guested on the Wood Brothers 2015 release Paradise.

Derek adds that this tour offers a unique opportunity for both the musicians and fans, “Every year as the tour rolls along the collaborations between all the musicians grow and grow. It inspires and challenges us in new ways and I think that really translates to the audience when they see how much fun we’re having with our friends.” Jorma Kaukonen of Hot Tuna crossed paths with Derek and Susan early in their careers and their mutual admiration and kinship grew as Jorma supported TTB on select shows in 2016.  When asked about joining Wheels of Soul this year Jorma offered excitement and praise, “Tedeschi Trucks is arguably one of the greatest band in the world today. It is an honor for me and my Hot Tuna brothers to be part of this great tour”. 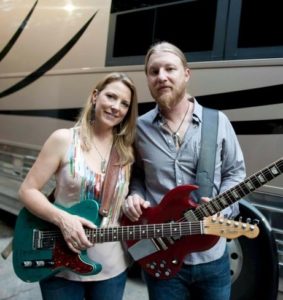 Formed in 2010 after Tedeschi and Trucks recorded and toured for years as solo artists, Tedeschi Trucks Band is a live music juggernaut, touring over 200 days of the year. Their previous three studio records have all charted in the Top 15 of the Billboard 200, and their most recent effort –  2016’s Let Me Get By (Fantasy Records) – was produced by Trucks entirely and praised by Rolling Stone, the Wall Street Journal, and Associated Press, who called it “one of the great records of the year.”

About the Wood Brothers 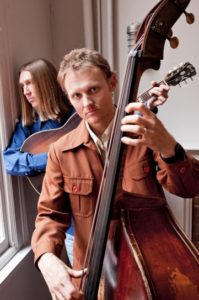 Dubbed “masters of soulful folk” by Paste, when The Wood Brothers released their debut studio album, Chris Wood already had legions of devoted fans for his incomparable work as one-third of Medeski Martin & Wood, while his brother Oliver toured with Tinsley Ellis before releasing a half-dozen albums with his band King Johnson. 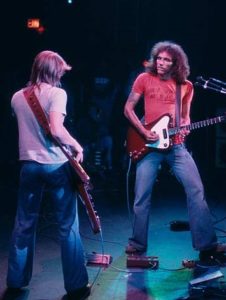 For more than four decades, Hot Tuna has played, toured, and recorded some of the best and most memorable acoustic and electric music ever. Jorma Kaukonen and Jack Casady are former members of Jefferson Airplane, the influential San Francisco psychedelic rock band.