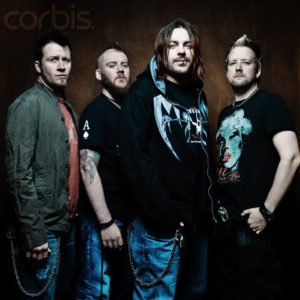 Tickets will soon be on sale for Seether in concert in the Egyptian Room at the Old National Centre on Sunday, July 16th at 7:30 PM.  Appearing with Seether will be special guests Letters From the Fire and Big Story.

On their sixth full-length album Isolate and Medicate, multi-platinum alternative rock trio Seether strips their trademark melodic thrash to its core to deliver the most poignant, passionate and powerful record of their illustrious career. In the album, chief songwriter Shaun Morgan, long one of rock’s most unheralded melodists, has become a composer of deep emotion and clear-eyed vulnerability. After more than 15 years of hardscrabble success, it’s evident that Seether felt like survival was not enough; they had something to prove with this new album.

Seether is a South African rock band founded in 1999 in Johannesburg.  Disclaimer is their original album and major label debut.  They gained mainstream popularity in 2002 with their US Active Rock single “Fine Again,” and their success was sustained in 2004 with the single Broken.  They have experienced continued success with number one hits on the Hot Mainstream Rock Tracks chart, such as Remedy, Fake It, Country Song, and Words as Weapons.