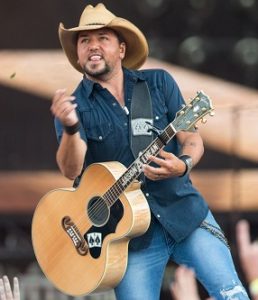 RIAA’s top digital Country male artist of all time Jason Aldean makes plans to return to Klipsch Music Center on Saturday, July 15 with his JASON ALDEAN: THEY DON’T KNOW TOUR. Named after the only Country album to claim the top spot on the all-genre Billboard 200 chart in 2016 that’s “packed with stadium-size songs and arena-ready hooks” (The Boston Globe), the Multi-PLATINUM entertainer is sure to bring that same energy to the stage while boasting support from special guests Chris Young, Kane Brown and Dee Jay Silver.  Live Nation is the official promoter of the tour.

Aldean on the tour

“It only takes a couple weeks off the road before I get that itch, and I’m already feeling it,” said Aldean. “We’re going to spend some time switching the production up to be bigger and louder than anything we’ve ever done. It’ll be cool to have Chris back out with us and Kane is the right guy to get the fans riled up.”

In addition to the new tour, the Country Music Hall of Fame and Museum announced today that a special exhibit honoring Aldean will open its doors on May 27, commemorating his wide-open sound that has been one of the defining influences on today’s Country Music. “Country music’s hard-rocking everyman” is “the mirror image of his fans” (Rolling Stone) as his recent album THEY DON’T KNOW follows on the heels of each album release earning PLATINUM certification or better, tallying more than 14 million total album sales and 18 No. one hits. The longevity of his career reached new heights as he debuted at the No. One position on Billboard’s all-genre Top 200 Album chart for the third consecutive time with his seventh studio album, which has already produced two consecutive chart-toppers. The ACM Entertainer of the Year incorporates his traditional roots into his nostalgic single “Any Ol’ Barstool,” as it serves as “a throwback to the early music that helped catapult Aldean into the spotlight more than a decade ago” (Forbes).

With five albums to his credit, GRAMMY® nominee Chris Young has amassed eight No. One singles, and fifteen Gold/Platinum certifications including “Gettin’ You Home,” “Voices,” “Tomorrow,” “I’m Comin’ Over” and his most recent Grammy and CMA nominated No. One “Think Of You” with Cassadee Pope serving as the fastest-rising single of his career. Released in November of 2015 and debuting at No. One on Billboard’s Top Country Albums chart, Young’s first co-produced album, I’m Comin’ Over, includes the new single, “Sober Saturday Night” featuring Vince Gill and the PLATINUM certified, three-week No. One smash title-track, earning him four ACM Awards nominations, including his first in the coveted Album of the Year category as both the artist and producer, and a Billboard Music Awards nomination for Top Country Song. For a full list of tour dates and more information, visit http://www.chrisyoungcountry.com/ 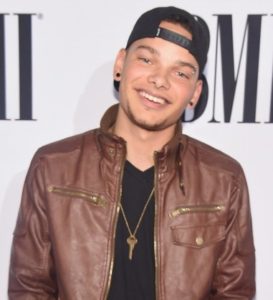 Breakout country vocalist Kane Brown’s highly anticipated self-titled debut album debuted No. 1 on the Billboard Top Country Albums chart and Top 10 on the Billboard 200, and marking 2016’s fourth best new artist album sales debut in all genres of music. With the release of his debut album, Brown lands consecutive Top 10 Billboard 200 and back-to-back Top 5 Billboard Country projects in less than a year. Brown’s self-released EP from March 2016, Chapter 1, was highest-debuting Country EP in the SoundScan era and debuted at No. 3 on the Billboard Country albums chart, No. 9 on the Billboard Top 200 Albums all genre chart, and No.1 on the iTunes Overall all genre Albums and iTunes Country Albums charts- all prior to radio air play. For a full list of tour dates and more information, visit http://kanebrownmusic.com/

For more information on new music and for a full list of upcoming tour dates, http://www.jasonaldean.com/