Chart-topping singer-songwriter Sheryl Crow visits the Palladium on July 11 with new material that returns to her pop-rock roots.

The nine-time Grammy® Award winner is releasing her ninth studio album, Be Myself, this spring. The 11-song project sees her reuniting with the writing and recording partners who helped craft such hits as “Everyday is a Winding Road” and “My Favorite Mistake.” 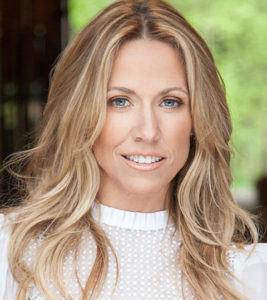 Since her breakthrough in the ’90s with songs like “All I Wanna Do” and “Soak Up the Sun,” Crow has sold more than 35 million albums worldwide. She dabbled in country music with the 2013 album Feels Like Home and a 2014 tour with Rascal Flatts, but last fall she returned to writing “good old-school Sheryl Crow tunes.”

“I really wanted to get back to how I got started on my second record and third record,” she said in a public statement about the new album. “I wanted to revisit that sound and that feeling. It was a complete blast and the most effortless thing I’ve ever done.”

Every ticket purchased online for the July 11 concert comes with the choice of a physical or digital copy of Be Myself, set for release April 21.

Center for the Performing Arts series

This Drewry Simmons Vornehm Series event is part of the Center’s 2017-2018 season presented by Allied Solutions.