Bret Michaels at the Fair

The Indiana State Fair announced the addition of Bret Michaels to its 2017 lineup set to take place at the Chevrolet Silverado Free Stage. The 2017 Indiana State Fair is August 4-20, and each night of the fair features a concert that is free with paid fair admission. 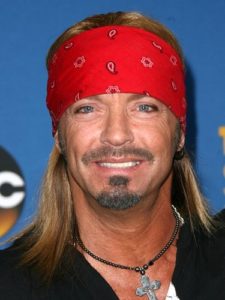 Bret Michaels is the lead singer of the glam metal rock band Poison who has sold more than 15 million albums worldwide and charted ten singles in the Top 40 of the Billboard Hot 100 including six Top 10 singles and the #1 smash hit Every Rose Has Its Thorn.  Michaels has also released several solo albums and soundtracks, appeared in movies and also several television programs such as Rock of Love with Bret Michaels, Nashville Star, Rock My World, and Celebrity Apprentice (of which he won). For complete details on Bret Michaels, please visit bretmichaels.com.

Purchase of an Indiana State Fair ticket allows for general admission to the Chevrolet Silverado Free Stage concert seating area. No seats can be reserved unless otherwise specified. For more information, visit http://www.indianastatefair.com/