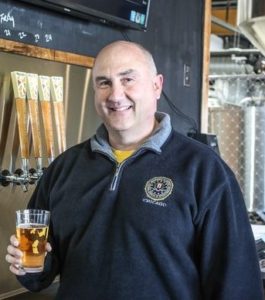 Metazoa Brewing Co., located at 140 S. College Ave, will host its annual 4th of July Block Party on Tuesday, July 4th. This year, the event has added an outdoor stage that will feature a headlining performance by 9-piece funk-soul band Busty & the Bass. The outdoor stage will also feature the emerging American duo Michigan Rattlers and Indy’s own Audiodacity. Fans will enjoy specialty beer tappings throughout the day, festive food, a pet-friendly atmosphere, and a pristine view of the Downtown Indy fireworks show.

Metazoa Brewing Co. is a pet-friendly craft brewery located in the heart of Indianapolis that donates 5% of its profits to animal and wildlife organizations. Offerings range from true-to-style, traditional ales to quirky, experimental styles big on flavor. With a new dog park, ample outdoor seating, yard game areas, and a beautiful skyline view, Metazoa offers something unique to 4-legged and 2-legged creatures alike.

About Busty & the Bass 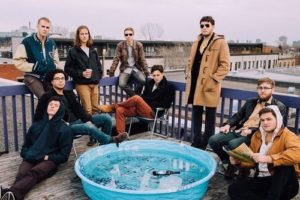 Forming within their first week at McGill University in Montreal, Busty and the Bass learned the ropes of performing together before even giving thought to their name or sound. Playing mainly house parties and covers for the next two years, Busty gained a reputation for delivering dance-filled live performances unmatched in energy and vibe.

It wasn’t until entering a competition run by Canada’s national broadcaster, CBC, that the nine members of Busty and the Bass made a conscious shift in focus. The band changed gears from carefree performance to composing, writing a song that would be their first-ever release and their entry to the CBC competition in search of Canada’s best university band. That’s when Busty came to life. They won the competition and went on to self-release an EP before getting signed by Indica Records (Half Moon Run, Phantogram) later that year.

In the summer of 2015, Busty released their second EP, titled GLAM, a soulful, brass-laded seven track effort that paved the way for a North American festival run which included trips to New York, Los Angeles, and Canada’s west coast, highlighted by three sold-out nights at the Montreal International Jazz Festival.

Now Busty embraces a different timbre with their newest material. Whereas previous releases attempted to bring their live energy to record, the material set for release this spring will find its place in electronic-soul, drawing on their hip-hop and jazz influences. 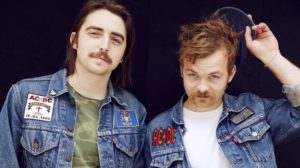 Upholding a time-honored songwriting tradition, Michigan Rattlers recount human stories through a soundtrack of Americana punctuated by countrified rock’n’roll and folk. The subjects of their 2016 self-titled debut EP practically live and breathe between Graham Young’s rustling guitar and Adam Reed’s percussive upright bass. Born in Petoskey, MI and based in Los Angeles, the duo’s music plays out like a film.

General admission tickets are only $10 in advance and $15 on the day of event. This event is for ages 21 and older and only 900 tickets are available for this event.