Joel McHale at the Palladium

Start your summer with a laugh.  Marquis Commercial Solutions and the Center for the Performing Arts are proud to present comedian Joel McHale in concert Thursday, June 29th at 7:30 PM. 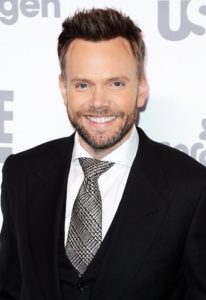 McHale’s roles as longtime host of E’s The Soup, star of NBC’s Community and elsewhere in TV and film have made him one of the most sought-after comedians and actors in the business. He brought his sharp wit to the nation’s capital hosting the 2014 White House Correspondents’ dinner, and his 2016 memoir, Thanks for the Money, was hailed by Entertainment Weekly as “a clever, much-needed antidote to the age of celebrity book deals.” Now he brings his signature brand of quirky humor to the Palladium stage.

Young Professionals – the night doesn’t end with the show!
Head up to the Shiel Sexton Songbook Lounge for a social hour with The Scene, including drinks, food, and entertainment.

Tickets for Joel McHale at the Palladium start at $35.00, and can be purchased by visiting http://www.thecenterfortheperformingarts.org/tickets/