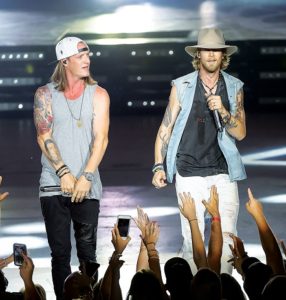 Offering an unparalleled night of crossover hits, the super tour begins June 2 in Austin, Texas, with stops nationwide in cities like San Diego, Denver and Tampa. THE SMOOTH TOUR ends with a two-night stand October 20 – 21 in Alpharetta, Georgia, just outside Atlanta, a melting pot for inventive collaborations. The 2017 tour will make a stop at Klipsch Music Center in Noblesville, Indiana on Saturday, June 24.

“It’s good to be back out on tour with some of our best friends, Nelly and Chris Lane,” exclaims FGL’s Brian Kelley. “If it’s any indication of our ballpark tour a couple years ago, this should be the party of the year! We are excited to see and connect with all of our fans, and make as many memories as we can.”

FGL and Nelly first collaborated on a remix of the duo’s epic 2012 debut single, “Cruise,” a DIAMOND-certified hit that reached #4 on Billboard’s all-genre Hot 100 chart. Since then, they have teamed up for numerous concert and award show appearances. Lane broke out in 2015 with his addictive GOLD-certified #1 debut, “Fix,” and is currently out on FGL’s 2017 DIG YOUR ROOTS TOUR.

FGL’s electrifying 2017 DIG YOUR ROOTS TOUR is on the road now, selling out shows in support of their chart-topping BMLG Records DIG YOUR ROOTS album. The project has already delivered back-to-back #1 singles with the 2X PLATINUM-certified “H.O.L.Y.” – which spent an incredible 18 weeks atop Billboard’s Hot Country Songs chart – and GOLD-certified “May We All” (featuring Tim McGraw). The duo’s third chart-rising single, “God, Your Mama, And Me,” is a knockout collaboration with Backstreet Boys. Watch the new music video here: smarturl.it/GYMAMpremiere. To date, the undeniable duo has notched 12 chart-topping singles.

For more information on Florida Georgia Line and THE SMOOTH TOUR, visit floridageorgialine.com. 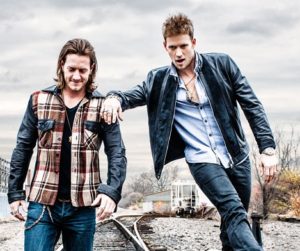 Since introducing their breakout vibes in 2012, FGL has earned prestigious honors from the AMA, ACM Awards, CMA Awards, Billboard Music Awards and CMT Their previous BMLG Records releases – 2X PLATINUM debut HERE’S TO THE GOOD TIMES and PLATINUM ANYTHING GOES – have attributed to sales surpassing 26 million tracks and more than 3.5 million albums worldwide. With their massive debut, FGL’s “Cruise” is the only country single to ever be certified DIAMOND for sales exceeding 10 million copies and overtook the record for longest #1 on Billboard‘s Hot Country Songs chart.

Diamond Selling, Multi-platinum, Grammy award-winning rap superstar, entrepreneur, philanthropist, and actor, Nelly, has continually raised the bar for the entertainment industry since stepping on the scene in 2000 with his distinctive vocals and larger-than-life personality. RIAA ranks Nelly as the fourth best-selling rap artist in American music history with 21 million albums sold in the United States while Billboard referred to Nelly as the number three Top Artist of the Decade. Nelly’s COUNTRY GRAMMAR album and his song “Cruise” with FGL, both achieved Diamond status in 2016, making him one of six rappers to achieve such status. Along with starring in another season of top rated Real Husbands of Hollywood and filming the second season for Nellyville, Nelly also added sports commentator in 2016 to his list of accomplishments with Fox Sports which makes him one of few actors with three television shows airing at one time. Nelly was featured in a unique opportunity to perform alongside the country’s most prestigious orchestras including St. Louis, Columbus and Pittsburgh garnering great reviews.  Some of his biggest hits include: “Hot in Here,” “Dilemma” [feat. Kelly Rowland], “Country Grammar,” “Ride Wit Me,” “Just a Dream,” “Cruise,” “The Fix” sampling Marvin Gaye, and summer sixteens dance anthem “Millionaire” with Cash Cash and Digital Animal Farm. The music mogul has also left his mark in other aspects of the industry, sustaining his hugely successful women’s clothing line, Apple Bottoms, and he is part owner of the Charlotte Bobcats with Michael Jordan. Currently he supports Make a Wish and is the only rapper/music artist to own his own college, EI University, which provides education surrounding the music industry while Nelly himself provides scholarships. 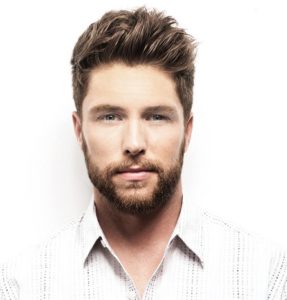 Chris Lane continues to turn heads with “For Her,” catapulting his devoted second single to #1 on the iTunes Top Country Songs chart following a special performance on season 21 of ABC’s The Bachelor. The follow-up to his #1, GOLD-certified smash debut “Fix” – claiming over 30 million streams on Spotify and 7.4 million views on Vevo – both songs are featured on his Big Loud Records debut album, GIRL PROBLEMS, produced by superstar studio ace Joey Moi (Florida Georgia Line). Gaining recognition for his jaw-dropping falsetto vocals mixed with a smooth R&B-meets-country vibe, Lane was named one of MusicRow Magazine’s 2017 Next Big Thing Artists and is nominated for the 2017 iHeartRadio Music Awards Best New Country and ACM Awards New Male Vocalist of the Year. Lane’s profile is on the rise thanks to his national TV debut on Late Night with Seth Meyers and shout-outs from massive industry names like Bryan Cranston (Breaking Bad), Selena Gomez, Florida Georgia Line, Lucy Hale, Daughtry and more. The Kernersville, NC, native has landed coveted opening slots on tours with Dustin Lynch and Rascal Flatts, and is now igniting fans nationwide on Florida Georgia Line’s 2017 DIG YOUR ROOTS TOUR.

TICKETS FOR THE JUNE 24TH CONCERT ON SALE NOW!